Home - Blog - The Science of the Smartphone Backlash

The Science of the Smartphone Backlash 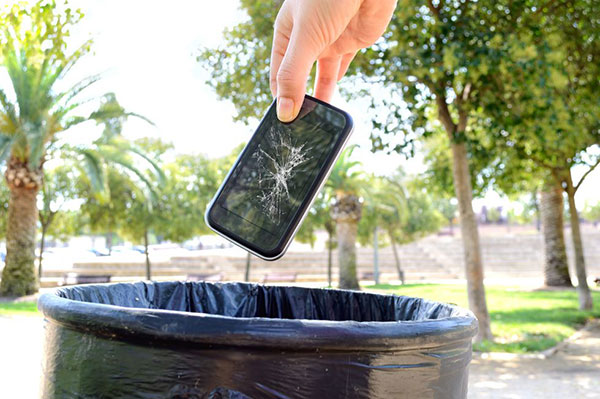 We used to love smartphones. We used to wait in line for them and dress them up in pretty cases and show them off to our friends. Many of us still do, but things seem . . . different. People are using words like invasive, co-dependent, junkies, addiction—serious language meant to suggest our total submission. In the last six months, a backlash against smartphones has arisen from all corners of the country­—from luminaries and musicians and even former tech executives. Now, for the first time, several of them have spoken to Popular Mechanics about why, exactly, they chose this moment to use their considerable power to try to stop devices from turning our society into a Mad Max hellscape. “Last year was a pivotal year in our relationship with technology,” says author Arianna Huffington, who in January released an app called Thrive, in partnership with Samsung, that temporarily halts phone notifications. “For many, the unfolding story of how technology was used to undermine our elections served as a wake-up call. But there’s a wider story that had been bubbling up in the zeitgeist for a few years, as technology accelerated the pace of our lives and has made it seem like we were living in service of our devices rather than leveraging tools to make our lives better.”

In January, Jana Partners, a private equity firm and one of Apple’s largest shareholders, co-wrote a letter to Apple demanding that the company help parents mitigate the effects of smartphone use on children. Charles Penner, a partner at Jana Partners, told us, “Companies can do things that both increase their own value and enhance value to society. An obvious example is the environment—you now have companies responding to the fact that climate change is no longer a theoretical risk. We thought the same thing was likely to happen with technology. Popular perceptions of technology are changing for the worse. Risks that people used to think are theoretical are starting to show up in real ways.” And then there’s the rock-and-roll rationale: “We think you’ll enjoy looking up from your gadgets for a little while and experience music and our shared love of it IN PERSON,” Jack White said in his announcement (also in January) that fans would be expected to lock away their phones in Yondr cases at his future concerts. If smartphone backlash were the juicing movement, we’d have reached peak coconut-kale acai bowl with goji berries. More than 600 schools across the country are using those Yondr cases, neoprene pouches that temporarily lock phones away using a mechanism somewhat like those old shoplifting-deterrent tags. Last year, Nokia rereleased the dumbphone it first put out in the year 2000. It sold out in a week. And in December 2017, Facebook (Facebook!) pledged $1 million toward studying the relationship between media technologies and well-being.

The Science of the Smartphone ..

Should You Leave Your Laptop P..